Ok, so that is as much german I will write in this post, so dear germans: I hope english is ok as well!

A couple of weeks ago, my book was published in Germany at Thorbecke Verlag. Its almost nine months since I got the amazing news that my book was sold to Germany, just three months after its release here in Norway. And I must say, I am truly grateful for all the wonderful blogs and reviews the book is getting in Germany these days.

I don’t believe I wrote it in my book, but Germany has a special place in my heart. I have family there, my aunt moved to Berlin when she was nineteen, and has lived there since. My two cousins are born and raised in Berlin, but spent their summers here in Norway at my grandparents farm, the one I write about in the book, and in a strange ways it feels like its a perfect circle coming to and end when this book is published in Germany. I myself have also spent lots of time in Berlin (i probably should have been able to write this in german, but sadly, I am not) during my years of studying litterature at the University of Oslo. I had plenty of time to stay in Berlin and do my reading there, and after i finished my masters degree, I moved there and stayed for a year. This is now five years ago, and Berlin is still, and will always be, my second city in life.

When the book appeared at vorablesen.de, my jaw dropped. I could not believe that that many people looked at the preview of the book and gave it such warm and loving reviews – before it was even released! We don’t have a similar site in Norway, so this was new to me, and I was so grateful, because I will admit I have been very nervous about how the book would be read in other countries.

It seems like I did not have a reason to worry: The blogs I read about the book is so kind and loving, as are the reviews on Amazon.de. It really is touching to read about you understanding my mission with the book, relate to my youth and growing up, and appreciating the personal anecdotes that follows the recipes. Because yes, it is a cook book indeed, but it is also a piece of my personal history.

I realize that my blog being in norwegian is not the easiest add-on to use for those of you who wants more recipes after the book, but I hope it nonetheless will be of inspiration and, maybe with a little help from google translate, useworthy afterall.

Again – thank you so much for opening your arms to my first book. It truly means alot to me. I also need to say thank you to the publishing agency and the translator, Ricarda Essrich. My norwegian/german-speaking family tells me the book is very well translated, and that means so much to me. 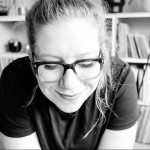